On December 10, International Human Rights Day, Principle 17 publishes the report “Trans health care in the Netherlands”, with the results of the survey on the trans people experience trans health care. The report shows unmistakably that the Dutch model of trans health care conflicts on several points with human rights standards. So does the offered health care comply enough with the needs of the care users.

The report “Trans health care in the Netherlands” found that 43% of respondents have negative experiences as care-receivers. They also mentioned rigidity in the medical process and a lack of self-determination. Problems that are mentioned often are: very long waiting times and a lack of respect (name and gedenr indicator) and limited knowledge and insight into non-binary genders (such as genderqueer). The dissatisfaction addresses quite basic aspects of the health care offered. Hopefully this report demonstrates that these are individual cases that make the exception but that is a generally felt sentiment amongst many trans health care-receivers.

During the research phase, participants were asked what their ideal trans health care would like. “You shouldn't have to convince a bunch of cis people that you are trans, in order to get access to health care”, as one respondent strikingly sums up. Just like proving you're suffering mentally– there are more reasons to need health care. In general, the participants want to be taken seriously in their wishes, without being treated through a framework of suffering and disorder. Health care providers should learn about gender diversity during their education and alternative care must be available. Respondents frequently indicated missing good psychosocial care.

Last week it became clear again that current trans health care practice in the Netherlands is conflicting with human rights standards. UN Independent Expert on SOGI discrimination, prof. Vitit Muntharborn, declared during the ILGA World Conference in Bangkok that trans health care must be available, in a non pathological way. After all it is about human diversity, not about a disorder.

With this report we want to convince politics, insurances and care-givers that it needs to and can be different. If you respect your care-receivers, you listen to their wants and needs and takes these into consideration in the process. They do not act superior and supports alternative trans health care options.

Attached is the report in Dutch. Expect an executive summary in English soon. 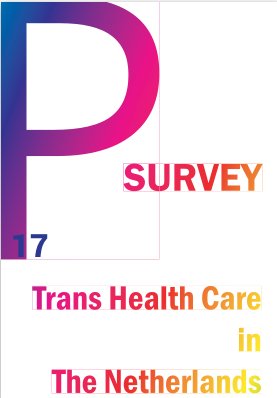